Our chef community is beyond epic! We're so lucky to work with the hottest names in the industry from culinary icons and household names, to up and coming trailblazers. One thing's for sure, we showcase the very best in the business.

Adam describes himself as “a lad from Shropshire with a passion for cooking, fishing, and this beautiful county full of amazing ingredients and produce”.

He’s a self-taught home cook who has never set foot in a professional kitchen, but he aims to create innovative, inspiring dishes that are exciting and accessible.

Mursal’s Afghan heritage runs through-out the company from the branding through to the menus. She is focussed on creating inclusive spaces by using the medium of food to bridge the social gaps.

Joshua is the head chef, his extensive experience in the world of smoked barbecue has enabled him to explore diverse cooking techniques, flavours, and methods. Ranging from Argentinian and Texan, to Afghan, Guyanese and Brazilian. He’s taken British Barbecue to new heights and fused it with an array of inspirations and experiences - in the process of developing an entirely unique cooking style.

You might know Leyla better as The Cutlery Chronicles – her incredible food and travel blog.

She travels to eat. Inspired by the exceptional Mediterranean and Indian Ocean cooking she was brought up with, Leyla spent the best part of 2015 on one big trip, eating her way around the world. She drew on her catalogue of culinary experiences to co-create Lonely Planet’s book: The Ultimate Eatlist, The World's Top 500 Food Experiences.

Maunika is an Indian chef and author. She’s known for creating traditional Indian dishes with exciting flavours that are reflective of her upbringing and heritage.

Her approach to cooking is simple and enticing with the use of earthy spices, fresh herbs & blends that are synonymous with India, based around dishes that are accessible and recipes are cooked from communities across India; many of which have been part of her own family for generations.

Mike is the Chef Proprietor of The Butchers Social at The Forest Hotel – a boundary-pushing restaurant that is redefining the premise of fine dining.

He’s been in the kitchen since he was 15 years old. Previously he worked as Consultant Executive Chef at West Bromwich Albion, which led him to win multiple awards and gain significant recognition within the food industry very quickly. He also spent some time in New York working for a numberof Michelin-starred restaurants, including Le Bernadin (3 Michelin stars), Per Se (3 Michelin stars) and The Breslin (1 Michelin Star). 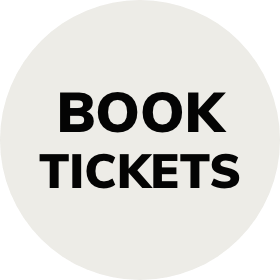