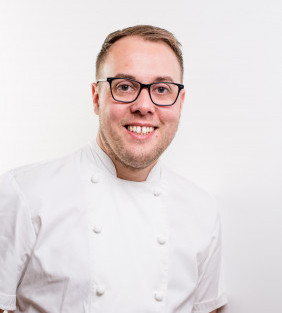 Chris worked at Gidleigh for three years, honing his skills and learning from Michael. Then to further his knowledge of different cooking styles, Chris worked at The Fat Duck in Bray and at Danesfield House with Adam Simmonds.

He then returned to The Abode in Chester in the role of executive chef. Here Chris was given responsibilities such as budgets and staff management.

He became head chef at the Olive Tree restaurant in February 2013 and within his first year, the restaurant was awarded three AA Rosettes – an accolade which they still hold in the AA Restaurant Guide 2019.