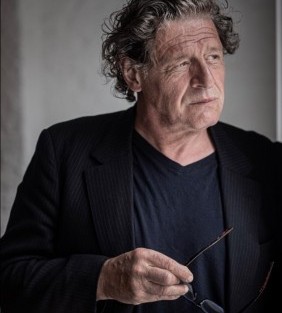 He has led the UK restaurant scene for over 30 years and is regarded by many to have single-handedly dragged it to being at the forefront of modern gastronomy.

He helped kick-start the careers of many famous chefs including Gordon Ramsay, Heston Blumenthal and Jason Atherton, all of whom trained under him and his acclaimed book, White Heat, is regarded as having influenced the careers of several Michelin starred and celebrity chefs, being described by one critic as "possibly the most influential recipe book of the last 20 years".

Marco's imminent success began when, at the age of 19, he went to London to train in classical French cooking with Albert and Michel Roux at Le Gavroche. He later went on to work with Raymond Blanc and Pierre Koffmann, both renowned for their French cooking techniques.

In January 1987, Marco opened Harveys, his first London restaurant. He was awarded his first Michelin star the following year and his second star in 1990. He finally won his third Michelin star in 1995 at The Restaurant Marco Pierre White in the Hyde Park Hotel London, becoming the first British chef and youngest chef worldwide, at the age of 33, to win three stars.

By 1999 Marco had achieved everything a chef would endeavour to become and finally hung up his apron on 23rd December, retiring from the kitchen.

Following his retirement, Marco took time out to spend it with his family and enjoy his hobbies, fishing and shooting. Having become an icon and an inspirational chef, in 2007 Marco jumped back into the public eye with major TV roles in Hell's Kitchen, The Great British Menu and Australian Master Chef. Marco is also featured on a now online subscription-based service called BBC Maestro, a platform that lets people learn and be inspired through courses taught by experts in their craft.

He has also been on Good Morning Britain and featured in a major Daily Mail supplement where he gave tips on cooking the perfect Christmas dinner.

An active director in Black and White Hospitality, he is now dedicated to rolling-out his restaurant concepts to share his love and passion for food.

As Marco says he ‘puts interest where there is no interest.’ Marco has also taken his philosophy on dining out overseas resulting in the opening of two international restaurants in Abu Dhabi.