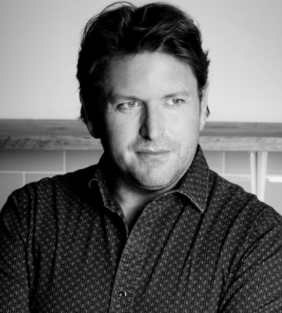 James Martin is one of the nation’s favourite chefs. Over the past 21 years he has presented some of the most popular cooking shows on TV including his current Saturday Morning Show & American Adventure, Saturday Kitchen, Home Comforts and James Martin’s French Adventure to name a few. He has published 19 best-selling cook books and an autobiography and writes a column for The Daily Mail’s Weekend Magazine.

Passionate about food and sourcing the best ingredients, James can be found behind the stoves at James Martin Manchester and The Kitchen at the acclaimed Chewton Glen. He has been honoured with the Craft Guild of Chefs Special Award and is a member of the celebrated Roux Scholarship judging panel. He is an Honorary Graduate of York St John University and an Honorary Professor of the University of West London School of Hospitality and Tourism. Famous for his love of cars, James has completed the Mille Miglia twice.