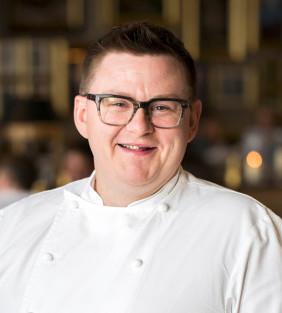 In 2002, Phil first met Jason Atherton and worked alongside him on the launch of Gordon Ramsay’s Maze, playing an integral role in the restaurant’s opening. Quickly becoming Jason’s right hand man, he headed up the kitchen at Maze in South Africa and then in Prague, where he won his first Michelin star, one of his career highlights to date.

Phil then returned to London to assist Jason in the launch of Pollen Street Social in 2011. The restaurant opened to critical acclaim and was awarded its first Michelin star in 2012, becoming one of London’s most esteemed restaurants.

With strong UK supplier relationships, he is very passionate about sourcing local ingredients and enjoys transforming simple cuts of meat and other produce into delicious meals for his diners. He describes his cooking style as classical, and has been heavily influenced by the chefs he has worked under.