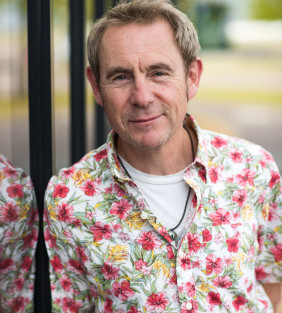 Nigel Barden is a food and drink broadcaster, who works with Simon Mayo on Scala Radio and previously with Simon and Chris Evans, on their Sony Gold award winning BBC Radio 2 shows for 12 years and he’s the food correspondent for BBC London.  He specialises in promoting British ingredients and artisan producers, particularly in his role as chairman of judges for The Great Taste Awards, Farm Shop & Deli Awards, World Cheese Awards, British Cookery School Awards, Deliciously Yorkshire and host of the National Fish & Chip and Ice Cream Alliance Awards.  This summer Nigel will be touring England with Tom Kerridge’s ‘Pub in the Park’ festivals, hosting the Chef Demo Stage in Leeds, Knutsford, Chiswick & St Albans.

In a former life Nigel was a director of Yorkshire Fine Wines, based at Nun Monkton near York. He grew up on a farm in Lancashire, studied land agency at Cirencester’s Royal Agricultural College and worked in Yorkshire as a land agent.  Nigel’s also a BBC rugby commentator and trained and worked as an actor.  His wife is from Sicily and they have 3 teenage boys