Aretusa, was the daughter of the marine divinity Nereus and the nymph Oceanina Doride. She was a nymph of Diana’s retinue, and spent her days in the luxuriant woods near Mount Olympus. It is said that Aretusa was as beautiful as she was shy of showing herself to men.

Alfeo, one of the sons of the god Ocean, fell in love with her, while he spied on her bathing naked after having gone hunting with the other nymphs. According to another version of the myth, both Aretusa and Alfeo were hunters, and they met in the woods while hunting.

Aretusa rejected him and fled from Alfeo, reaching the island of Ortigia, in Syracuse. There the goddess Artemis, from whom the nymph Aretusa had asked for protection, enveloped her in a mist, which hid her from the eyes of Alfeo, and then transformed her into a spring.

The gods then took pity on poor Alfeo in love, and allowed him to flow as an underground river under the Ionian sea and, from the Peloponnese, it gushed into the port of Syracuse, near his beloved Aretusa.

This last deviation of the river Alfeo is also mentioned in the fifth of the twelve labours performed by Heracles.

Etiologically, this myth explains the underground nature of the river Alfeo. 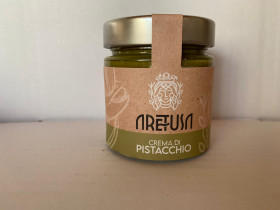 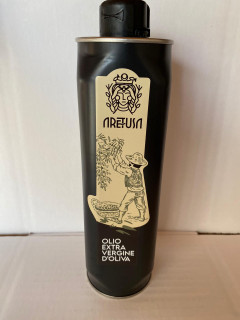 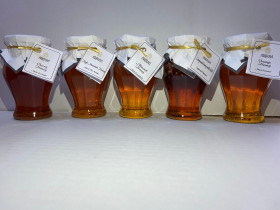