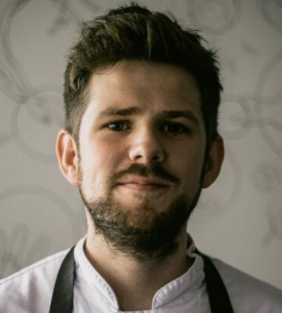 Rob Howell is the head chef at Root, a veg-centric restaurant in Bristol's Wapping Wharf owned by chef Josh Eggleton. Previously head chef at Josh's Michelin-starred pub The Pony & Trap, he helped set up Root in 2017 and now runs it with his girlfriend Megan Oakley covering front of house. Rob has also worked at Ondine in Edinburgh and Goodfellows in Wells, as well as completing stages at esteemed restaurants such as Studio in Copenhagen, Elystan Street and Restaurant Nathan Outlaw.