When Dominic Chapman revealed long-awaited plans to open his own pub after a career stunning diners and critics alike with his lavish cooking, expectations were high. It’s fair to say Chapman and his team at the Beehive have exceeded them.

The Beehive is nestled in the tiny village of White Waltham, a brief drive from Maidenhead.

The pub is a true labour of love, with its elegant three-course dinners. It is a gastropub equally ideal for a long, sun-drenched afternoon lounge in the garden as it is for a cosy, boozy winter night nestled in its traditional bar.

The Beehive also offers a wide selection of cask ales and draught beers as well as an extensive wine list showcasing a wide variety of regions and vintages.

Head chef and owner Dominic Chapman was a contestant on BBC 2’s Great British Menu and turned heads shortly after launching the Beehive with his simple modern dishes.

Those who eat at the pub, which sits opposite White Waltham’s cricket field, will find most mains cost less than £20.

Chapman’s mantra of “feed you and make you happy” has been transcribed into every dish the kitchen creates, such as roast Cornish hake with saffron, roast Scottish grouse and peppered haunch of venison.

The kitchen sources locally, but it also aims to represent what the UK’s larder has to offer as a whole. This means food from the country’s uplands and pastures, its meadows, woods, hedgerows, rivers and seas are all important parts of the menu.

Head chef Chapman, who also worked at The Fat Duck is truly passionate about what makes a pub a true pub – the booze.

The wine list is concise, but varied, and offers good value for money. There are about 12 reds and the 12 whites, rosés and dessert wines. Many of the world’s major wine growing regions feature on the wine list, most of which are available by the glass.

Yet the heart of any pub, the beer, is not forgotten and the Beehive has a range of lagers, ciders and beers, which include local cask ales from Rebellion Brewery, Loddon Brewery and more.

Some of the delicious food you can taste from THE BEEHIVE 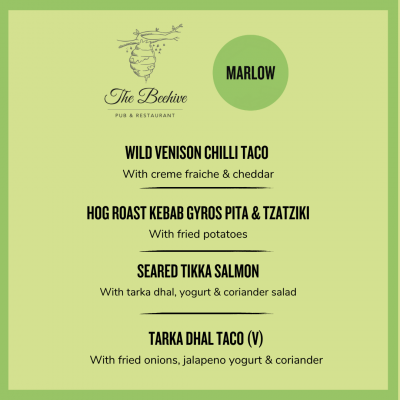 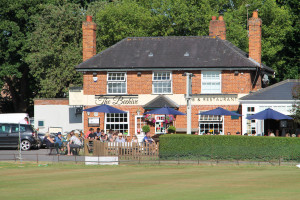 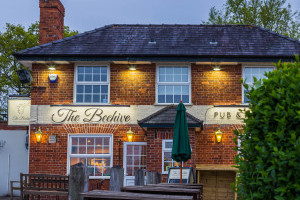 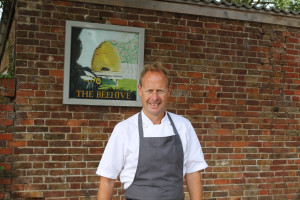