Born in Jamshedpur, North East India, Atul Kochhar started his career with The Oberoi Group working in Dehli. In 1994 he was at the forefront of Indian fine-dining cuisine in the UK, opening the Tamarind restaurant in 1994 and achieving a Michelin Star in 2001, making him one of the first Indian chefs to receive the accolade. Atul Kochhar’s contemporary style and love of traditional cooking techniques led him to open his own restaurant ‘Benares,’ Berkeley Square in 2003 which won a Michelin Star in 2007. Since then he has opened numerous successful, award-winning restaurants - Sindhu at The Compleat Angler in Marlow and on board P&O cruises; Indian Essence in Petts Wood. Atul’s portfolio across the world includes the second Benares in Madrid, Rang Mahal at the JW Marriott Marquis Hotel Dubai and recently NRI and LIMA in Mumbai. His latest restaurant Hawkyns at The Crown, Amersham, is his first British restaurant championing the finest elements of modern British Cuisine with a contemporary flair. 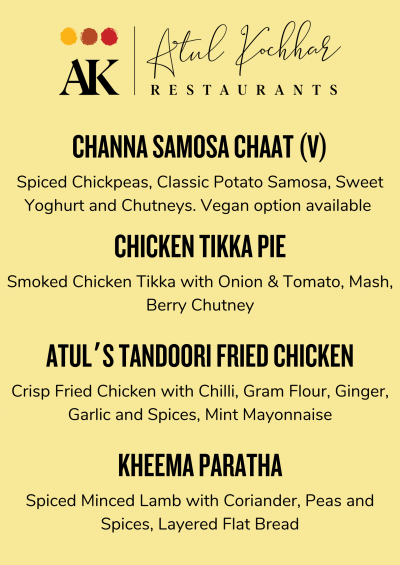 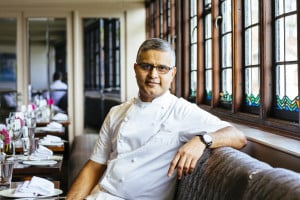