The Wigmore is a modern British tavern on Regent Street which opened in summer 2017 and quickly put itself on the map as a new social hub with a touch of London polish. The imaginative drinks list features great wines, cask ales and craft beers, including The Wigmore’s own ‘Saison’ beer, brewed in partnership with Bermondsey’s Brew By Numbers.

The menu refines pub classics and uses seasonal ingredients from the very best suppliers, put together simply, but creatively.  Quintessential snacks have been taken to a new level, such as Masala-spiced scotch egg, ‘dahl’ relish and the XXL stovetop three cheese & mustard toastie – brought to the table with a cast iron bacon press which keeps the cheese molten until it reaches the lucky diner.  These are served alongside a daily-changing menu of main dishes and a selection of glorious puddings.

The Wigmore is a glamorous transformation of a former banking hall by Martin Brudnizki Design Studio, which highlights original Victorian features and uses a palette of rich colours, emphasising the  warm and welcoming atmosphere.  Two great spaces for private parties, The Green Room and The Snug, complete the exciting offering at The Wigmore. 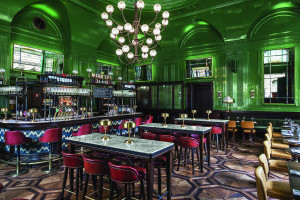 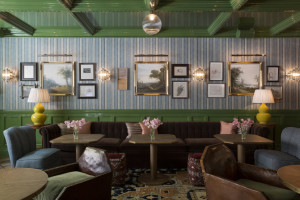 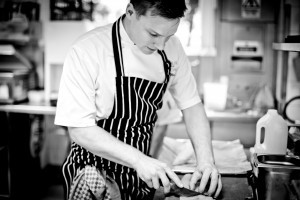 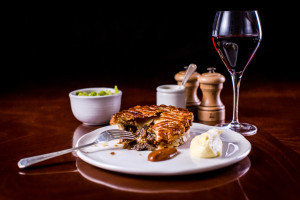 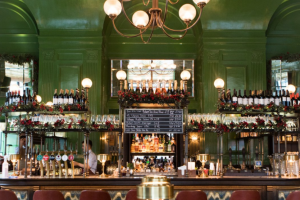